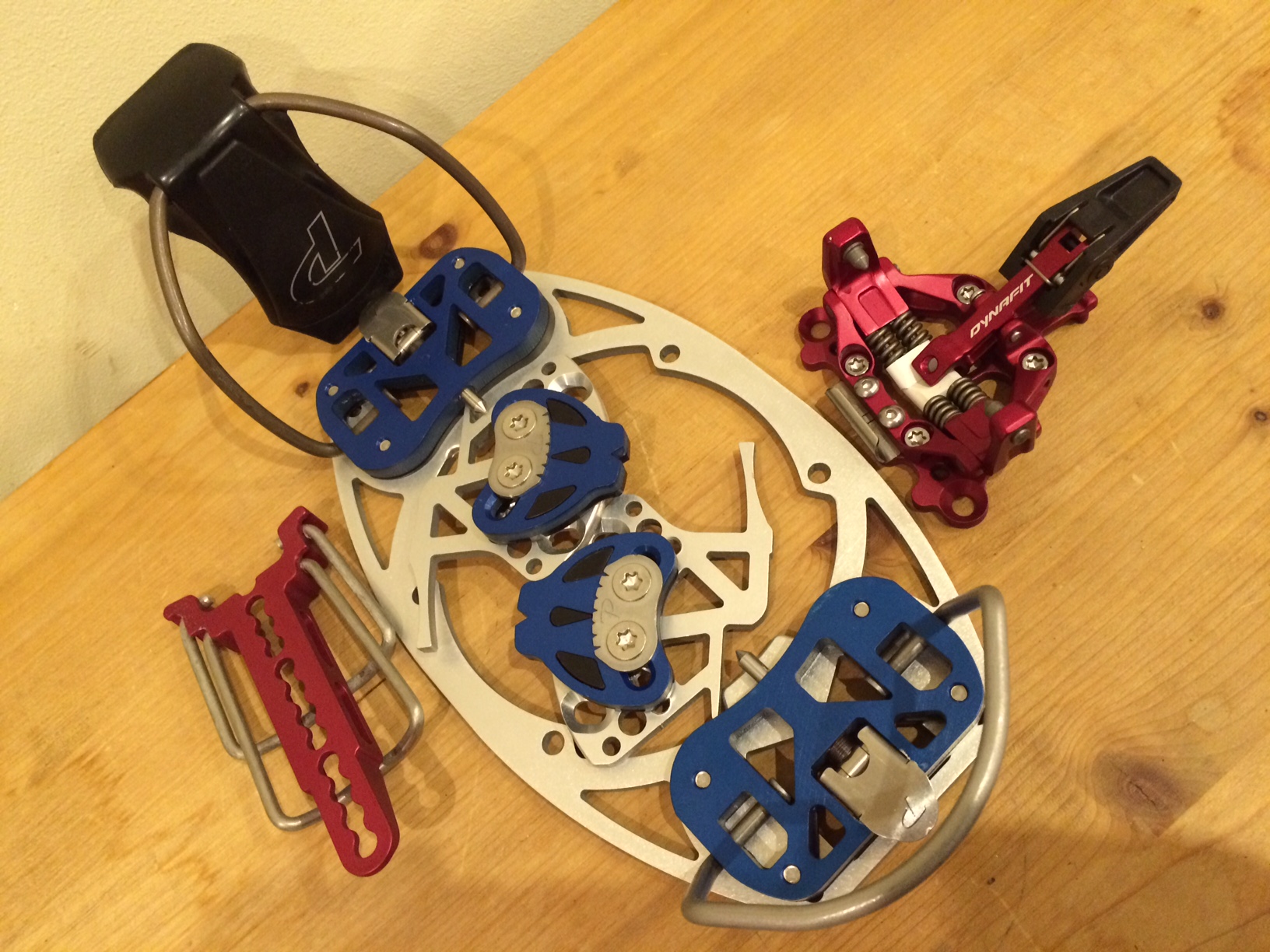 This season I shall be converting to Phantom splitboard bindings and ‘hard’ boots, after a few years of splitboarding with Magneto bindings and soft boots.

Why? I’ll try and explain!

As an experienced ski mountaineer before I become a splitboarder, I have always been aware of the failings of splitboard bindings, not in the descent, but in ascent. There are definite issues with the stability of climbing in conditions other than soft snow, and I have had one too many frustrating and occasionally insecure moments trying to cope with tricky terrain, using kit which I don’t yet believe is up to the job in all conditions. Understandably, as the splitboard market is relatively small at the moment, the equipment is still developing, but I think that John Keffler, who turns out Phantom bindings in his home workshop in Colorado, may be on to something, and that this system could be the starting point for future development in splitboarding.

Firstly, here’s a list of some of the reasons why I think that the soft boot system is failing splitboarders  – in my humble opinion of course!

So, with the switch to the Phantom system I hope that most of these problems will be eliminated. The phantom incorporates a dynafit toe piece, from skiing, so that the skinning action will be the same as on skis, with the pivot point in front of the toe. This will allow a longer stride, give stability across the width of the split-ski, and coupled with the rigid boot, will prevent the twisting movement and allow edge grip. The boots themselves are stiff enough to kick a step in hard snow and walk around safely and take an automatic crampon.  Sure, the boots look weird on a snowboard, but that may change in the future and who cares anyway!

For full information about Phantom bindings check out their website here:

Or for an amusing and informative round up of all splitboard bindings check out what Helvetic Backcountry have to say here:

After using and testing Phantoms during the last month, in a range of Alpine conditions, I can only say that I’m pleased I’ve made the switch. Phew! After investing in a new system it is always a relief to know that you made the right decision. The Phantoms have performed really well and I’m really happy with the result.

There were a couple of teething problems with the whole set-up that I have gone for, but they were easily resolved. My initial impression was formed on a downhill session off the lift – mainly to see if I was happy to use the system for touring, and to check that I could actually ride in hard boots, having never done so before!  Straightaway they were fine for riding – I’d even go so far as to say that there is basically no difference in the ‘feel’ of riding with the hardboots. That will depend on which  boots and what type of modification you opt for, but really there is no difference. If I was really looking to find a difference all I could pick up on would be a slightly less forgiving transfer on to the edge when carving, but that is only something that you would really notice on a piste, and for me only on the heel edge.

After one run the boots were killing me though 🙁 I am using La Sportiva Sideral, which I opted for becasue they were described as being less narrow than the TLT6’s (and less expensive). They are too narrow for a ‘hobbit footed’ person like me, but no worries as they are made from ‘the right kind of plastic’, so for 20 euros I had them heated and expanded widthways and now they are super comfy. The boots needed very little modification. I simply unscrewed the small brass(?) plate that the heel hook locks into, and that seeems to have done the job. The advantage is that if you ever wish to use them for skiing you can screw the plate back in. I don’t think they ‘d be great ski boots as they are relatively ‘soft’ for ski boots.

Compared to snowboard boots,  (eg Northwave Domain – a stiff boot which I was using before) and also other ski touring boots I have used, (numerous models), the Siderals are fantastic for skinning and walking. The amount of flex in the heel is massive, and allows a long stride forward as you skin. The boot is also incredibly light; much lighter than a snowboard boot or many ski touring boots, so that is a big help on the uphill.

The Phantoms are also a big improvement for skinning. Using a pin binding for uphill means that the pivot point is in front of the toe and is a smoother and easier movement. So much better. I also found another great aspect of having the dynafit toe piece available – no more awkward drag lifts, as you can just click into one of the toes so you can ride a drag lift facing forward. All you have to do is step out of the downhill binding and click in. Easy.

The lateral support is a lot better too. When I’m working as a Guide I will often have to help people who may be having problems slipping out of a skinning track. This is impossible to do if I’m having problems myself! With the Phantoms I have much more edge control, and have been able position myself below the track to offer support without worrying that I’m going to lose grip and slide away myself.

Another advantage when skinning is that the heaviest part of the binding is stowed away in your pack, so the weight on your feet is reduced even more. Uphill is really easier in every sense.

In terms of changeovers and riding downhill, I have found the changeover to be quicker. I have had good snow conditions so far with little ice build-up, but with a scraper to hand there has been no problem, and I have not had any issues at all. Strapping in is quicker and easier as you just lock down the binding, so it’s a quicker mechanism. The lock-in plate stiffens the board well and I’ve had a great riding experience from the binding.

One issue with my set up was that my original splitboard was a Unity Dominion Wide – which was in fact too wide for the dynafit 130mm ‘Couteaux’ (chomps) to fit round the split ski, so now I’m using the Phantoms with a Jones Hovercraft, which is a super-lightweight combination that I’m really pleased with, and is narrower, so the couteaux fit perfectly. The dynafit couteaux would fit with most regular width splitboards in fact, but it’s worth checking before you buy.

I have made one other modification to my set-up in order to reduce the weight and bulk of splitboarding kit. Rather than using splitboard skins, which all seem to be bulky and heavy, I just bought a pair of 140mm Coll-tex skins and adapted them by cutting and riveting the tips to fit the splitboard. I have always used Coll-tex skins for skis and they are so much better – light, supple and less bulky and they do the job well.

So, in conclusion, it really is a no-brainer.  I have plenty more testing coming up, including Japan, some general touring in the Alps, the Haute Route and then Lyngen in Norway, so the system should be super-tested by the end of the season.

This is a quick add-on to my previous article about the Phantom set-up, I shall try and supply some photos at some point to illustrate some of the minor modifications. As I see it, the only reason everyone is not using this set-up, or something very similar for splitboarding is a) cost and b) a reluctance to wear ‘ski’ boots!