This season I opted for an all out touring ski as my go-to ski for the season. I’m not someone who likes to use many different skis over a season anyway, but some variety can help with different conditions encountered, so I was interested to see if the Superguides could handle everything thrown at them. My activity bias is towards touring, so the real question is down to the finding that perfect ratio of weight and performance!

This is a review based on a full season on the Superguide 95s . Although the snow cover was lean in the Alps compared to other years , I’ve had the opportunity to use them in a full range of conditions from light powder to crud, and spent the last part of the season in Norway, so I feel that the conditions have been completely varied in terms of a ski test. My initial choice was based on reviews rather than actually trying them, (always a risk), so there was a little bit of ‘heart in mouth’ as I stepped into the bindings on day 1.  I’m pleased with my choice, especially as I have been mostly touring, so was happy to choose ‘touring skis’ and not all round ‘freeride’ skis which is what I’ve been using over the last few seasons (plus I do have some older freeride skis in the locker for lift days!)

In terms of the uphill and for touring they perform really really well. They feel super-light, and combined with a Radical Dynafit binding mean that weight on the foot is minimal, so the uphill is more enjoyable as the weight saving makes ascending noticeably easier. They edge really well when skinning and I’m happy with the pre-cut skins that come with the skis – light, compact, easy to fit and no problems with them peeling off or struggling to maintain grip in cold conditions. The perform well for kick turns and are light and easy to carry when stowed on the pack.

On the downhill they perform really well too, cutting through choppy snow better than other light skis I have used, and carving on the piste well.  The shaping gives them manoeuvrability in the trees and the width gives them float in the powder. Because they are light they don’t have that solidity that comes with a heavier freeride ski, so there is a slight ‘chatter’ at times when travelling fast on harder surfaces and less weight to push though confidently in heavier or tricky snow. Despite what some reviewers have said, I don’t think they compete equally with heavier dedicated freeride skis, and I would think that it would be unrealistic to expect any ski to do that, but they are by far the best touring skis I have ever ridden.

I’ve always been a fan of the heavier ski/light binding combination, but as I spent the latter part of the season in Norway with not a lift in sight, and daily averages of 1200-1500m of skinning, the choice to go lighter was fantastic.  If you are are clear about choosing a dedicated touring ski then the Superguide is an excellent choice, and probably the best choice you can make,  because it is a high performing ski for minimum weight.  If you feel that you can handle more effort on the uphills, or that your skiing is more lift based with the odd short tour then it’s probably worth looking into the freeride range to maximise downhill performance with less emphasis on saving weight. 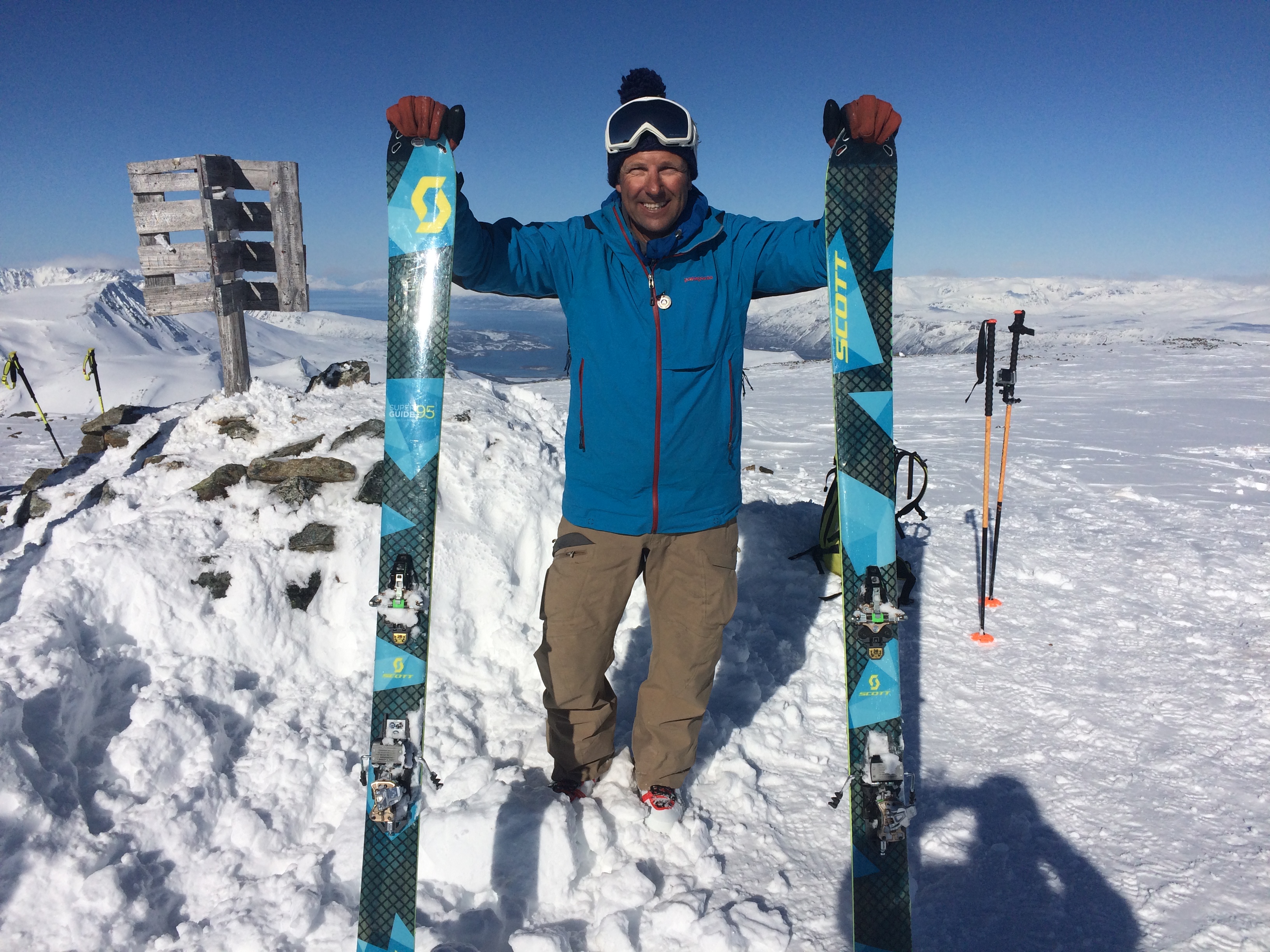 These bindings  I’ve been using, mounted on the Superguide 95s . In brief, I feel that despite increased safety with better downhill release, this is achieved at the cost of ease of use. The bindings are tricky to step into and spinning toe piece is frustrating!

In skinning mode, the foot has to be held in exactly the right position before the toe pins can be fully locked in – amazingly difficult to do, and you also have to bend down to lock it in . In the past with the Radical 1 it was always possible to do this with the end of a ski stick. Even then it’s hard to get a secure lock in and I experienced a ski release in skinning mode when this occurred (quite inconvenient).

In ski mode  the foot has to be held exactly right before the heel can be locked in . This makes it more fiddly and creates much more chance of not locking the heel in correctly. To me this is a safety issue – yes I know you should always check your bindings thoroughly, but even so. Stepping the heel down hard when it’s not properly aligned must also stress the heel pins, and this is also something that can happen quite easily.

So, in conclusion I much prefer the older model, which I never had any complaints about. On the whole I don’t want my skis coming off too easily so I guess that is a factor in my personal preference, but I feel that the Radical 2 is over designed to the point of inconvenience. As an experienced user of pin bindings I would think that I’d be a good candidate to try these out and be able to use them easily. However, I couldn’t  help thinking that if I’m finding them awkward to step into, a Dynafit ‘newbie’ would be going crazy!

Save your money and buy the older ones!

I looked at a lot of reviews but to sample a couple here’s the Fall Line review rating it as Backcountry Ski of the Year 15-16, and Edge & Wax review by Scott (no relation!) who claims the Superguide as his Champion.

To check some of the reviews I did:-